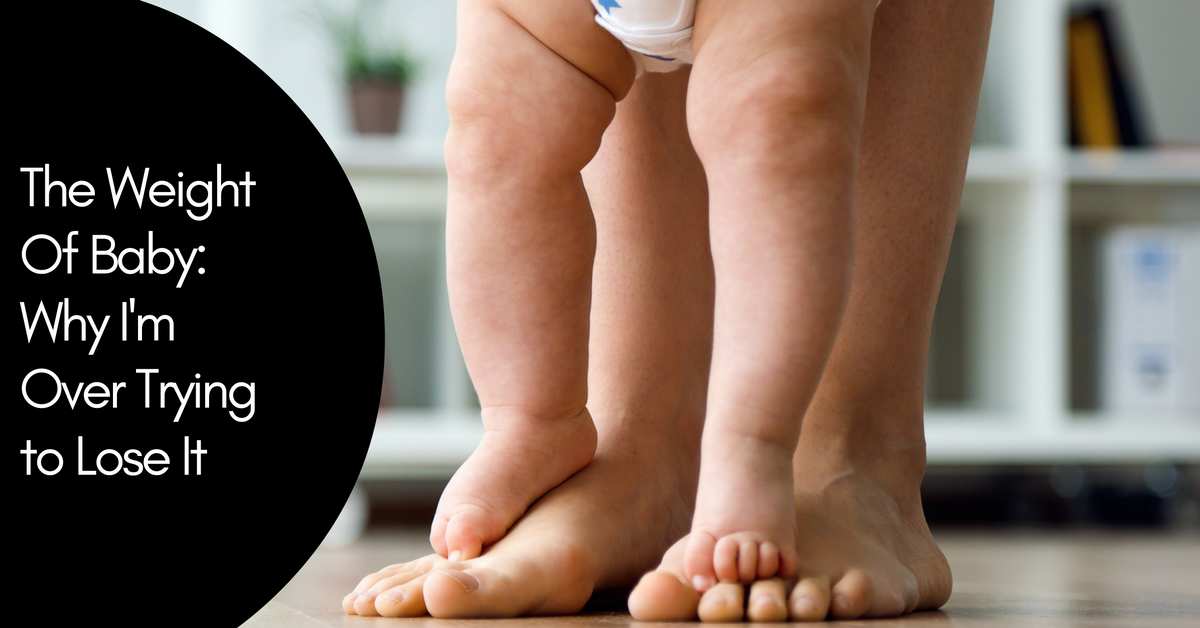 When I say “the internet knew I was pregnant”, I don’t mean acquaintances from high school and that nice dude I was seated next to at my second cousin’s wedding, although of course they saw the same frantic shot of Positive Pregnancy Test and Existential Fear that the rest of Facebook did. No, when I say “the internet knew I was pregnant”, I mean there was suddenly a stark and screaming difference in the dark sorcery of algorithms that determine what ads pepper my news feeds, and which “useful” sites to suggest as time-sinks. One moment it was a somewhat varied selection of house junk and geekery and micromodal underwear, and overnight, it was reduced to three exclusive things: car seats, the Honest company (where apparently all the millennial marketing money lives), and postpartum weight loss programs or apparatuses.

The first one I could cope with, the second one I could ignore, and the third one gutted me while I was vulnerable, and once I regained my strength, set me aflame with rage.

I live in North America, thoroughly under the boot of television and gossip rags and #nofilter Instagram shots of beautiful women I am supposed to aspire to resemble because aspiration is good for the self-tanner industry. As soon as one of these women decides they’re going to have a baby, the people who watch them and write about it for a living froth in judgement or awe about their “post-baby body”. Then we, regular, Plebeian mothers generally trying to figure out how to not screw up a kid or lose our minds, hold the before and after pictures–first to our eyes, then to our hearts, and then up to our reflections.

And we go. Completely. Crazy.

We purge. We boot-camp. We juice-cleanse and strangle ourselves with shapers and join weight-loss communities and eschew pictures because we’re still rounder in the face than we’d like. I’m thoroughly on Team Spanx-for-formal-occasions (because I’m basically also captain of Team Chocolate Cake), and I refuse to shit on people for doing what they have to do to feel good about their bodies in a world rabid and determined to get us to hate them, but I’m also astounded at how easy it is to trick vulnerable postpartum women into the trap of self-loathing and body hatred. And over and over, I see us congratulating each other for sacrificing happiness, pounds of flesh and precious time, forgetting that our bodies are most valuable not because of what they look like, but because of what they can do.

How, in the shadow of the intensity of birth, do we forget so easily? How do we forget that instead of managing a payroll with a personal chef, personal trainer, personal stylist and personal photoshopper like so many hyper-fit Instamoms, we’re being a solo personal life-support system for little larval humans with nowhere near enough external support? How do we forget how impressive it is that our bodies just went on autopilot and generated, then expelled, an entirely separate human, and for the most part we didn’t have to guide that progression, we only had to avoid throwing up on our shoes? And why, after so many months of our bodies being remade by the ancient evolutionary process that is making our children, do we feel like we need to rush to make our reflections into plausible deniability that we ever carried babies at all?

People summit mountains or run the Iron Man and everyone gets really impressed by their missing toes and nipple chafing and weird frostbite scars, but a woman spends 40 hours of mind-bending, body-rending labour straddling the gateway between life and death perpetuating the species, and we feel like we’re supposed to immediately erase the signs that ever happened?

We spend the better part of ten months going through a physical and emotional transfiguration that takes us from being regular people picking our cuticles and eating too many potato chips, to being literal portals that generate new, completely segregate tiny people.

After gestating and birthing turns us from regular folks to ACTUAL MAGICAL CREATURES (not pixie dust and glitter magic, blood moon and curses-of-seven-generations magic), we’re somehow supposed to look up from the tiny lives we pulled from the ether and then from our bodies, that we’re sustaining on inhumanly low levels of sleep, food and physical recovery time, catch a sidelong glance in the mirror, and feel guilty about the diameters of our waists, thighs and asses?

After the immensity of the thing we just did, of the potential in the person we’re holding, after someone exited our vaginas, we’re flooded by reminders that our actual value isn’t in any of that–it’s in how closely we can re-mould our bodies into whichever unattainable shape is most fashionable at the time.

And you know what, I get it! Our bodies did something so incredible and so intimidating that if we ever woke up to appreciating them for what they can do, we might start acknowledging our power in other ways, and getting things changed around here. Maybe starting with an actual wage for the work we’re doing for the entire human race. So we sure better keep us all focused on how we look, right? It’s far, far easier than letting us get ideas.

I have not lost “the baby weight”. I will probably never lose “the baby weight”. I am working very hard to be emotionally immune to “the baby weight”, to look down at my extra skin and numerous purple scars and see them as marks of power, as reasons that I am formidable and capable and a force of fucking nature. It is really hard, but I feel like I’m making progress–because now, when I’m confronted by aspirational talk about “post-baby bodies” predicated on appearance, instead of feeling unattractive or like a failure, I get mad. And the anger gives me the momentum to get out from under the boot.

You should come visit me out here. Everyone has bitchin’ stretch marks and the breathing room is great.