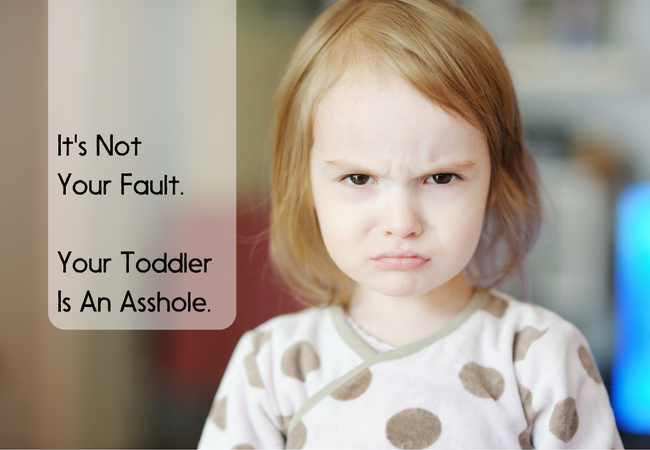 Remember when you could change dinner plans, or decide to stay out a little bit later, or walk past something brightly coloured and heavily marketed, and nobody screamed or threw anything, and everyone that warranted your attention generally could be trusted to keep their heads on straight and their limbs from doing violence to themselves or those close by?
Me neither.

I have a seventeen month old kid, so any Life Improvisation or pleasantly surprising shift in the normal drudgery it swiftly transmuted grotesquely into the natural disaster that is a Disruption of Routine. The Daylight Savings time change prompted a 40% increase in crying and a 20% increase in the number of unreasonable or impossible demands (adjusted for inflation and proximity to mealtimes or the Paw Patrol), and that was one measly hour of shuffling in the good direction. Weeks out from the clock shift, there has been an 80% decrease in sleeping of any kind, mostly for me.

A year ago, I was the responsible-if-sleep-deprived caretaker of a tiny ball of human potential; now I am but the conveniently-installed puppet ruler of my household, and all real power is in the chubby fists of a two and a half foot tyrant that has exponentially fewer coping skills than they have Big Feelings and Desperate Immediate Wants.

I am currently owned by a toddler. I know that many of you have on the same riot hat as I do, so pull up a chair, I need to have a word.

It’s hard enough to put out fires and cope with earth-shaking tantrums and not scream incoherently in secondhand rage, but it’s SO HARD not to incessantly ask, “Where did I go wrong?” You’ve raised this kid so far to be kind and gentle, painstakingly curated and combed through your behaviour to be the best role model possible, wore your shoes out walking the straight and narrow. How has your bundle of joy turned into this furious gremlin of demands and flailing limbs? Was feeding it after midnight REALLY that big a deal??

I know. It’s maddening. And I know, intellectually you know that it’s not you, that toddlers being terrible are vaguely A Thing, but that knowing that information doesn’t make it less exasperating and certainly doesn’t blunt its rasping on your will to live.

I want to share the one-two punch of perspective that is the only thing keeping me from shrieking right back at my toddler and running away to Boca. It works a good 80% of the time.

Punch #1: About You
Let’s actually acknowledge what you are dealing with here, because platitudes about the “terrible twos” or “threenagers” are sometimes pretty friggin sparse on the sympathy. You’ve been running a marathon for upwards of two years and instead of it getting easier or showing signs of slowing, they’ve replaced your competitors with a pack of rabid lions and told you enjoy your race. Previous to parenthood, most of your adulthood was spent assessing and responding to reasonable demands, and now in your job as a parent literally no one makes them of you. Human screaming releases cortisol and pushes your brain’s auto-start button on low-grade panic, and you’re supposed to respond to that with calm, measured tones while your heart rate spikes and you imagine the entire world is staring at you in the grocery store or the playground or your living room. This is folly, and yet if you misstep, you might spend the next few hours beating yourself up over the possibility that you’ve parented poorly.
Your kid’s quest for independence means the quest to differentiate themselves from you, which often means defiance, and is also a stark and scary reminder that you will not have your baby forever; that they may already be gone in ways that have gotten away from you; that you can’t soothe every wound, or protect them from the entire world, or protect them from themselves. Growth is uncomfortable, and every temper tantrum and growing pain signals that your job is effectively to raise them until they don’t technically need you. On a bunch of levels, every single outburst has whispers of an existential threat to your motherhood.
All of that is fucking grim! Of course you’re stressed out. Would you cut yourself a break please? It feels like the end of the world but none of this matters, becaaaaause….

Punch #2: About Them
Toddler brains are in absolute overdrive–they’re generating more synapses and neurological connections than in any other point in their whole lives. They’re getting increasingly complex ideas and desires, but their tiny little bodies still hobble around like drunk folks and the world is built for people four times their size with twelve times their dexterity. It’s built with more physical rules and social norms and cultural speedbumps than is even possible to list, so any reason we give them doesn’t even begin to make rational sense. It’s still evolutionarily adaptive for them to be tiny sociopaths, so they can’t empathize yet with other small kids who can’t do things–all they see is a world full of grown-ass folks who can do all the stuff they want to do a) by themselves, whenever they want and b) without anybody scolding them through gritted teeth about it. When it becomes clear they’re gonna get confronted with a “no”, they have no emotional control, perspective, or coping capacities–just tsunami after tsunami of Big Feelings bashing around in their heads, amplifying themselves and drowning townspeople and completely exhausting them with the injustice of not being able to have that exact toy rightfrigginnow or fit both their feet in your small colander and still somehow sit in their child-sized Muskoka chair (true story). Because their brains are changing so fast and their lives have been so short, every terrible blowout may actually be the worst they’ve ever felt in their whole lives.

And they will remember exactly none of it. Less than none, if you let them sleep in as teenagers while their neural pruning stage is in full-swing. (Write that one down.)

At least not until the holidays throw the routine off the rails and we all lose our collective cools again.